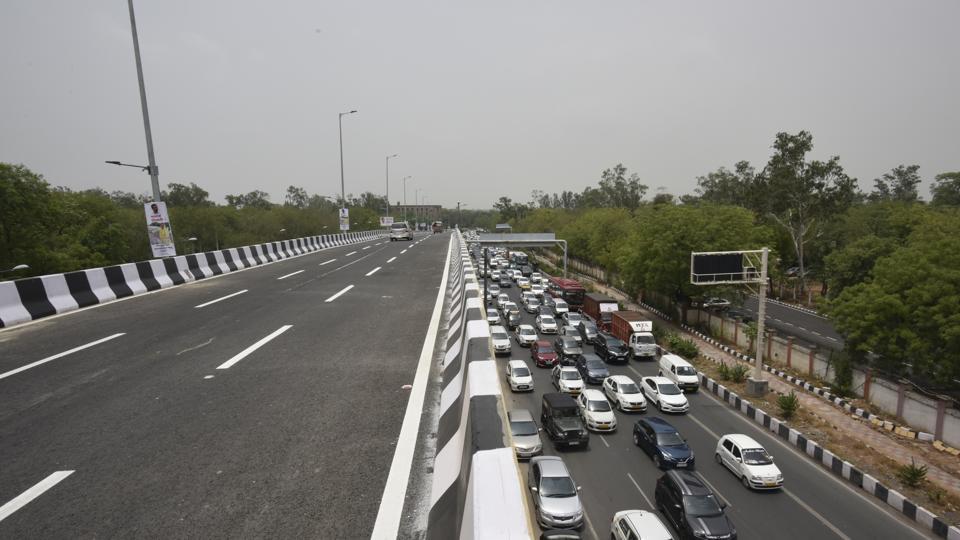 The Public Works Department (PWD) said on Sunday that the flyover and the underpass constructed over Delhi-Rewari railway line at Bajghera crossing will be opened for traffic on August 18. Traffic will be allowed to use the railway crossing almost after 32 months.

A team of senior officials of the PWD and the Indian Railways visited the site on Wednesday.

Chandra Mohan, superintending engineer, PWD, said, “We have finished 95% work till date and our men are working day and night to finish the remaining 5% before August 15 so that the flyover and the underpass can be inaugurated on August 18.”

In December 2016, the PWD commenced construction of the flyover and the underpass. Work was likely to be completed in December 2018. After construction began, local and inter-city traffic between Delhi and Gurugram, via Bajghera railway crossing, was blocked and diverted towards Daulatabad flyover and the Chauma railway crossing. As a result of this closure, traffic movement was badly affected. The local traffic of areas situated on both side of the Delhi-Gurgaon-Rewari railway line, such as Palam Vihar, New Palam Vihar, Ashok Vihar, Sector 110-A, 115, Mahindra Aura and sectors 21, 22, 23, struggled to cross the manually managed Chauma railway crossing.

The residents of the area have been waiting eagerly for the opening of the flyover and the underpass that, they hope, will bring an end to their prolonged harassment. “After the Bajghera railway crossing was blocked, we crossed the railway line at Chauma near DPSG School at Palam Vihar. The Chauma railway crossing is manually managed by the Indian Railways and approach road on both side of the railway line is full of knee-deep potholes. It is terrible to cross this railway line and commute through potholed approach roads, but we have no other option,” said Parminder Thapa, New Palam Vihar resident.

“Now the ball is in the court of the state government (PWD) to complete approach roads and open it for traffic,” said Desh Rattan Gupta, chief engineer, Northern Railways.