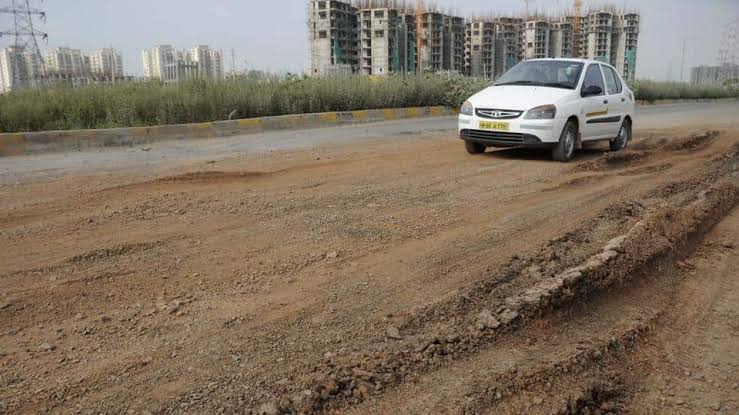 The Southern Peripheral Road (SPR) is set to get a revamp with three flyovers and two underpasses at crucial junctions, as well as a refurbishing of the road surface, which is currently in a state of disrepair. These plans were announced at the third executive meeting of the Gurugram Metropolitan Development Authority (GMDA) on Wednesday.

The main areas to be revamped include the stretch from the Delhi-Jaipur Road to Vatika Chowk, and the ensuing distance from Vatika Chowk to Ghata village in Sectors 55/56. According to traffic surveys conducted by the GMDA, over 3,600 vehicles use this stretch every hour, putting it high on the GMDA’s priority.

In addition, the SPR is set to get two underpasses, one at Vatika Chowk and the other at the Sector 55/56 intersection. There are also plans for three flyovers to ease traffic congestion at Rajesh Pilot Chowk, Tigra Mod, and the four-lane intersection between Sectors 49/50 and 65/66. A total of Rs 281.86 crore has been allotted to these projects. These developments are part of the GMDA’s larger plans to turn the SPR into an arterial road and ease the flow of traffic on National Highway 48.

Last month, a committee of officials from the Haryana Shahari Vikas Pradhikaran (HSVP), formerly Huda, the district revenue department and the National Highways Authority of India (NHAI) met to demarcate land for construction of a cloverleaf to connect the SPR with the Dwarka Expressway.

These developments, officials said, will help the development of both residential and commercial real estate projects along the SPR, which have so far languished due to the lack of proper road infrastructure. The areas to benefit from this include commercial sectors 74 and 75, residential sectors 63A to 67, and sectors 49 to 66.

A senior member of the GMDA said, “The underlying idea here is to develop both the SPR and NPR (Northern Peripheral Expressway, commonly known as Dwarka Expressway) simultaneously. These areas have suffered for long due to the lack of basic infrastructure, but simple improvements like these will come to the rescue of homeowners in the area.” The official declined to comment on the time frame in which these projects are expected to be completed.